The Basic Theatre Awards 2019 - The Results!

Over a month has passed since voting for the Basic Theatre Awards first began, and I am absolutely thrilled that I can now, at last, reveal who has won. This year a total of 263 people voted, which breaks the previously set record of 136. Before I announce the winners, I would like to thank each and every one of you that took the time to vote and spread the word; I am exceedingly grateful, and it really does mean a lot. And now, without further ado, let's get to it...

Winning with 42% of the votes, the Basic Theatre Award for Best Leading Actress in a Play goes to...

Janie Dee  as Caroline in Monogamy on the UK Tour!

There is no doubt that Janie Dee was perfectly cast in this role. She was exceedingly funny to watch, providing endless laughter throughout the entirety of the play. Her final monologue, in particular, is truly quite something and is delivered flawlessly. Dee is utterly captivating, and as soon as she enters a scene, she gains instant control over the stage.

Winning with 38% of the votes, the Basic Theatre Award for Best Supporting Actor in a Play goes to...

Ben Turner in The Jungle as Salar in the West End! 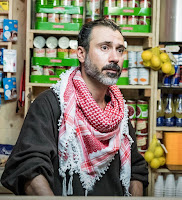 I had previously seen Turner perform in The Kite Runner in 2017, where he had given a remarkable performance. Therefore, I was rather eager to see him perform once again. The Jungle was a play filled with a number of phenomenal performances, but for me it was Ben Turner who ultimately stole the show. He is an incredible actor, and the passion and energy that he puts into his performance is truly commendable.

Winning with 27% of the votes, the Basic Theatre Award for Best Understudy goes to...

Kerstin Anderson in My Fairy Lady as Eliza Dolittle on Broadway! 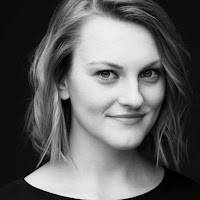 Whilst Lauren Ambrose was starring in My Fair Lady, Kerstin Anderson took on the role of Eliza Dolittle every Sunday matinee, meaning I had the delight of watching her performance whilst I was in New York during the Summer. Anderson makes the character development of Eliza crystal clear as the show progresses, evidently showing the changes that the character goes through on her rise in society's ranks. Her voice is phenomenal, and her rendition of 'I Could Have Danced All Night' was flawless. Additionally, she also has a perfect British accent!

Winning with 30% of the votes, the Basic Theatre Award for Best Supporting Actress in a Musical goes to...

Kate Rockwell in Mean Girls as Karen Smith on Broadway! 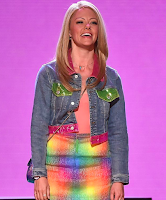 Kate Rockwell is a comic genius; her comedic excellence is unquestionable. In this role, she was utterly hilarious. She continuously had the audience in stitches, which was largely due to her perfect delivery of one liners. Rockwell is a gifted actress, an exceedingly talented singer and an outstanding dancer; she is quite the triple threat!

Winning with 25% of the votes, the Basic Theatre Award for Best Production of a Musical goes to...

The main reason as to why I admire Dear Evan Hansen is because of the wide range of exceedingly important topics that are explored, and in particular those that face the younger generation. Some of the issues featured within the show include depression, anxiety, suicide, dysfunctional families and social media; all of which are portrayed realistically and thoughtfully. The score, written by Benj Pasek and Justin Paul, is also delightful and features a number of poignant ballads.

The other nominees were:
Girl from the North Country – West End
Carousel – Broadway
Mean Girls – Broadway
Come From Away – West End

Winning with 43% of the votes, the Basic Theatre Award for Best Supporting Actor in a Musical goes to... 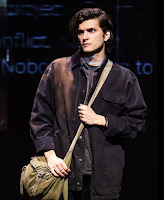 There were a number of stand-out performances in Dear Evan Hansen, and yet it was Alex Boniello, as Connor Murphy, that stole the show. Boniello perfectly captures the pain and struggles Connor faces, and does so in a a nuanced manner. In this performance, Boniello demonstrates the disturbed side of Connor, as well as subtle glimmers of sadness.

The other nominees were:
Gavin Lee – SpongeBob SquarePants
Brandon Williams – Gettin’ the Band Back Together
Robert Hands – Come From Away
Jonathan Andrew Hume – Come From Away

Winning with 46% of the votes, the Basic Theatre Award for Best Production of a Play goes to...

Whilst I know this dark comedy may not be everyone's cup of tea, I found it to be phenomenal. Firstly, the wide range of themes explored throughout the duration of the play are utterly fascinating. These themes include dysfunctional families, alcoholism, religion, marriage, extra-marital affairs, mental health difficulties, sexuality, drug abuse issues, as well as depression. Playwright Torben Betts captures the essence of each issue very realistically. A perfect balance of tragedy and comedy is found within Betts's writing, hence why I view Monogomy in such a high regard.

Winning with 26% of the votes, the Basic Theatre Award for Best Leading Actress in a Musical goes to...

Samantha Barks in Pretty Woman as Vivian Ward on Broadway! 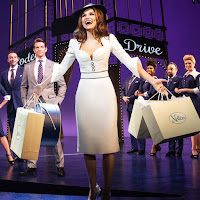 In the role of Vivian, Samantha Barks is true perfection; she is charming, charismatic and an overall joy to watch. Yet another triple threat, Barks is unquestionably gifted as an actress, singer and dancer. She has embodied the role of Vivian unbelievably well and has every aspect of this character down to a tee. A great role for her Broadway debut!

Winning with 48% of the votes, the Basic Theatre Award for Best Leading Actor in a Play goes to...

Ian McKellen in King Lear as the Titular Role in the West End! 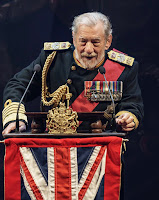 Ian McKellen gives a masterclass of a performance in the titular role of King Lear. The most admirable aspect of McKellen's acting abilities is the way he is so natural when performing on the stage; every word that he utters flows perfectly. He is highly captivating from beginning the end, holding the audience in the palm of his hands right up until Lear's final breath.

Winning with 64% of the votes, the Basic Theatre Award for Best Leading Actor in a Musical goes to...

Bronson Norris Murphy in Love Never Dies as The Phantom on the US Tour! 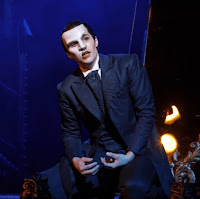 It is clear that, in his performance, Bronson Norris Murphy completely immerses himself into this role and is utterly perfect for The Phantom. His operative voice is superlative and his rendition of 'Til I Hear You Sing' was really something quite special. This is a role that I imagine would be hard to perfect, and yet Murphy gives a portrayal that is flawless. It should also be noted that, along with his win, Bronson has set the record for the highest percentage of votes achieved by any Basic Theatre Award nominee since the awards were first launched. This is therefore a record-setting win!

Winning with 62% of the votes, the Basic Theatre Award for Best Supporting Actress in a Play goes to...

Genevieve Gaunt in Monogamy as Amanda on the UK Tour!

Amanda is a character with many different sides to her, and Gaunt portrayed all of the character's sudden shifts in personality flawlessly. She clearly has a wide range of acting abilities, and this was the perfect role for Gaunt to showcase this. She had the audience in stitches throughout, and gave an all-round marvellous performance. Additionally, similar to Bronson Norris Murphy, it should be noted that Genevieve Gaunt's margin of victory is incredible and clearly highlights how well-received her performance in Monogamy has been.

The other nominees were:
Jennifer Saunders – Lady Windermere’s Fan
Rachel Redford – The Jungle
Amanda Drew – The Height of the Storm
Ellie Nunn – Soldier On

And with that, the Basic Theatre Awards season now comes to a close. I would like to once again congratulate all of the winners and nominees, all of whom were exceedingly deserving.

-The Reviewer
Posted by The Basic Theatre Reviewer at 14:26 No comments: