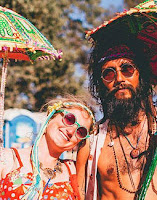 It's time for my review of A Midsummer Night's Dream.
Over a month ago, and completely out of the blue, I received an invitation to visit a revival of the Shakespeare classic 'A Midsummer Night's Dream'. This production was being done by 'The Acting Gymnasium', performing at Theatro Technis in Camden. It seemed like an interesting production, so I decided to travel all the way out to Camden to see it.

Without a doubt, the strongest aspect of this production is its enchanting cast. Interestingly, it was the most diverse production of any show that I have probably seen, showcasing a total of 12 different nationalities. There were a variety of different accents, which actually works quiet well and makes for a unique and quirky telling of this old classic. My favourite display of an accent was Snout, who was portrayed by Andre Pinto, an actor who appeared to have a Russian accent. Whilst I enjoyed all of the performances within the show, there were  four particular performers that stood out above the rest. Firstly, Emma Von Schreiber, in the role of Hermia, was exceptional. Schreiber's performance was full of energy from start to finish, and she remained passionate throughout. In the role of Hermia's best friend, Helena, was Nathalie Prange who was also outstanding. Prange completely throws herself into the role, putting her all into her performance. In the role of King Fairy Oberon is Michael Claff who, in my opinion, gives a performance that would be worthy of the West End stage. Shakespearean language seems to come easily to Claff, who delivered each line both naturally and believably. Considering how easy the language came to him, I imagine that he would be perfect in the role of Macbeth. Having said all of this though, there was only one actor that completely stole the show, and that was Dorian Hasani as Lysander. Hasani's abilities as an actor were extraordinary; he gives a masterclass of a performance. It astounds me that Hasani has not yet made a name for himself in the theatre world, as he truly is unbelievably talented. I am sure that he will have a very bright future. 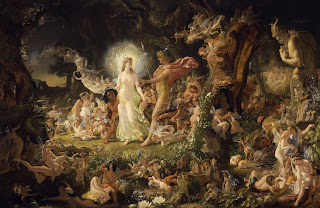 All of the costumes in A Midsummer Night's Dream have been very cleverly designed. Each costume was well crafted for the characters; they all suited both the piece and the characters nicely. The most effective costumes were arguably those that belonged to the 'Mechanicals', particularly Flute's.

Whilst this production is not perfect, it made for a very energetic and captivating take of A Midsummer Night's Dream, which is mainly due to the remarkable performances that are featured. It is nice to see such passion, enthusiasm and hard work put into a performance, and I am thankful to have been invited.

Hasani's performance of Lysander was phenomenal; there are no other words for it. He made for the perfect Lysander and his acting was truly flawless. Hasani gives a performance that is more than worthy for the West End stage.

When I first published this review in April, I awarded the production three stars. However, after much consideration and looking over my star ratings for previous reviews, I have taken the decision to give A Midsummer Night's Dream three stars. Whilst I liked the cast, this production did have multiple flaws and as a result it would not have been fair to award three stars.

-The Reviewer
Posted by The Basic Theatre Reviewer at 04:34 No comments: