It's time for my review of Hobson's Choice.
A family friend had tickets to see this show, but couldn't see it so I was lucky enough to be given these tickets! I don't know if it would've been something I would usually have seen, but I'm happy I was given the opportunity to see the show as I loved it! I don't go to comedy's that often so it was nice to have a change for once! The storyline was: An unlikely love story that combines comedy with romance as it follows the lives and loves of boot-maker Henry Horatio Honson and his three daughters. It was a really fun storyline! The set was really good, especially the shoe factory. The costumes were all really well designed. The best thing about Hobson's Choice is the fantastic cast, they are all great! Cast members who stood out for me were: Martin Shaw as Henry Horatio Hobson, Naomi Frederick as Maggie Hobson, Bryan Dick as Willie Mossop, Gabrielle Dempsey as Vickey Hobson, Florence Hall as Alice Hobson and Ken Dury as Dr. McFarlane. I preferred act one as I just found it funnier, but act two was still great! I wish act one had been a little bit longer. The time went by very quickly. Facial expressions were really good, especially from Bryan Dick. Seeing shows at Richmond can really be hit and miss nowadays, after seeing shows like their last panto and 42nd Street I almost considered not going back to Richmond, but this show is a hit and certainly not a miss! 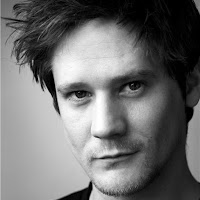 Bryan gave a mesmerising and hilarious performance, he was perfectly cast! As I said previously, he had great facial expressions and his coming timing was absolute perfection!

Sadly the show didn't tour for very long, but I am really glad I got to see it before it closed! The tour was only two months, which I think was a shame, but it is highly doubtful we won't be hearing of this show again! UPDATE: The other day it was confirmed that Hobson's Choice would be transferring to the West End. I knew we'd heard from it again soon!

Join me next time when I will be reviewing The Next Step: Wild Rhythm Tour.

Posted by The Basic Theatre Reviewer at 14:08